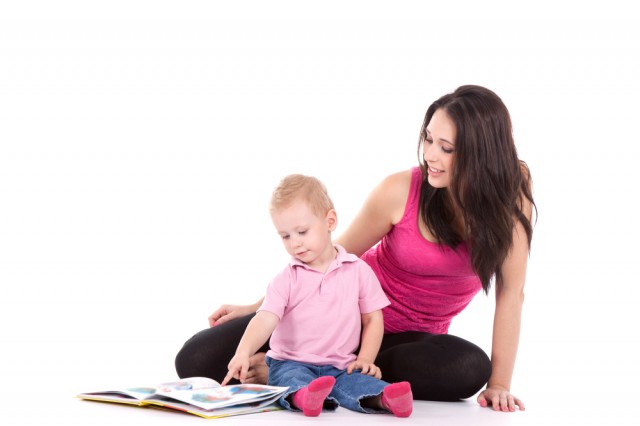 Changing behavior can be difficult and frustrating. A functional behavior assessment (FBA) is an assessment process utilized by an ABA practitioner in order to gather information pertaining to the function (or purpose) a particular behavior serves for a person. When it comes to treating and preventing problem behavior, it is crucial to know why a person is engaging in that behavior in the first place. The purpose of a FBA is to help a practitioner develop hypotheses about the relationship between an individual’s behavior and certain social and physical events that occur in that person’s environment.

There are three types of FBA methods:

Indirect assessments are things like interviews, questionnaires, and rating scales. These are given to people familiar with the child such as parents, teachers, and caregivers to help the behavior analyst gain insight into what the problem behavior is and any associations the caregivers have noticed. Indirect assessments usually serve as a starting point on the quest to finding out what is reinforcing a child’s problem behavior.

This involves an actual observation of the problem behavior. The behavior analyst does not intervene; rather, he simply observes the child and records any relationships between environmental variables and problem behavior. For example, the behavior analyst might observe a relationship between a teacher being busy and a particular student acting out in class. Observation gives us further clues as to why a child is behaving the way they are.

This involves actually arranging antecedents and consequences to see the effect on the child’s behavior. For example, the behavior analyst might give a child access to something the child likes when the child engages in problem behavior. In theory, if the child stops engaging in the problem behavior, then it can be assumed that the child was engaging in the behavior for access to things or activities. Also, a child might be asked to do various tasks, such as cleaning up their room, or washing their hands, and the child’s response is recorded. Basically, various tasks and consequences are tested to see which conditions promote or reduce problem behavior. A functional analysis is usually the preferred method of discovering the function of a child’s problem behavior. This is because a functional analysis is a mini experiment that actually proves what the relationships between behavior and environment are.

FBA is a systematic, complex process that takes the guesswork out of determining the function of a child’s behavior. Often times, a caregiver will be wrong about why a child is behaving a certain way, and this why changing the child’s behavior can be so difficult. A classic example is a parent or teacher that uses time out as a way to punish behavior. Well, if a child is doing something wrong because they want to be by themselves, or because they need a break, then time out will not have an effect on the problem behavior- and it might actually reinforce the problem behavior! A qualified behavior analyst can observe and interact with the child in such a way as to pinpoint the reasons for inappropriate behavior.

ABA practitioners believe that behavior occurs for one of four reasons. It is possible for a behavior to serve more than one function, but we will keep it simple for now…

The 4 functions of behavior are: attention, access, escape, and automatic reinforcement.

Attention is pretty self-explanatory: sometimes a child engages in problem behavior because they like the attention (either positive or negative) that they receive each time they do it! Access refers to a child doing something inappropriate in order to get something they want. A timeless example is the child who tantrums in the checkout line because they see the candy on the shelves- placed strategically at their eye level! If escape is the function of behavior, that means they are engaging in the behavior in order to get out of doing something they have been asked to do. Automatic reinforcement is the tricky one. Some behaviors that a child might engage in do not have anything to do with what we are doing in response to their behavior. Some behaviors produce their own reinforcement! Examples could be thumb sucking, or certain repetitive body movements characteristic of autism. These behaviors produce physiological sensations that the child likes. One of the ways we can assume that a behavior is being automatically reinforced is if the child does it even when he or she is alone.

Attention, access, escape, and automatic reinforcement are all forms of reinforcement. Understanding the 4 functions of behavior is important because everything a person does has a purpose! We all engage in behavior to get something or to get out of something. Through decades of research, ABA practitioners have proved that the key to changing behavior is to reinforce desired behavior and stop reinforcing undesired behavior. The job of a behavior analyst is to figure out what the main function of the problem behavior is, develop an intervention plan that will remove that reinforcement for the behavior, and at the same time teach the child how to receive that same reinforcement in a healthier, more appropriate way. For instance, we might teach a child that she can simply “use her words” if she needs a break from reading time. She doesn’t have to tantrum. As she learns to communicate her needs, we can move on, and teach her that in order to get a break she has to read a few pages. And so on and so forth. The idea is to teach alternative, positive behaviors in place of destructive ones.