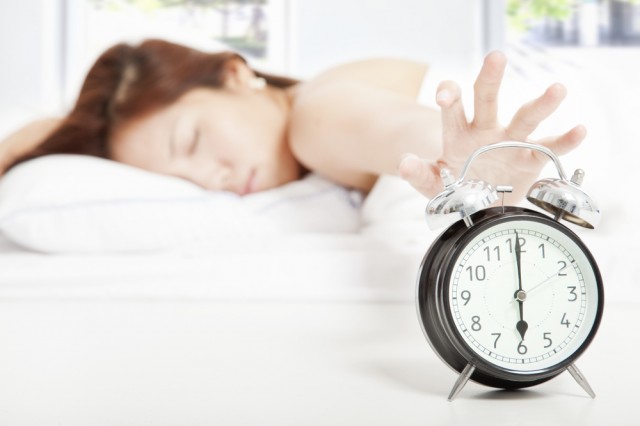 Behaviorism is the philosophy from which EAB and ABA stem from. Behaviorism is a form of psychology that focuses on observable behavior, with the main idea being that behavior is learned, and that it can be unlearned. The EAB is the basic research branch of behavior analysis- think laboratory and very structured research experiments. ABA is the most recent branch, and it draws upon the findings from the other two branches and uses these ideas to develop strategies to improve behavior of humans.

Back in the early 1900’s, the field of psychology was dominated by the study of mental processes, or thoughts and feelings. However, in 1913, a man named John Watson identified a new direction for the field of psychology. Watson argued that psychologists should no longer study states of the mind and should instead focus on observable behavior.

And you know what? He had a point. Talk therapy most definitely has its place, but often times, a person cannot change his or her behavior based on talking about their feelings alone. Could it be that, despite what a person feels, all that is necessary for behavior change is to change the environment- to set it up in such a way that desired behavior is more likely to occur? This is not to say that what a person feels is not important, rather, it is not sufficient to explain or change behavior.

Take this example: I want to get up early in the morning. But after years and years of hitting the snooze button, I am still wandering out of bed at 8:00. Just enough time to shower, scarf down my breakfast and jump in the car. My mornings are rushed and hectic. But I want to change that. I can talk to friends or a therapist about why I hate getting up in the morning or what happened in my childhood that made me loathe mornings. Or, I can change my environment so that getting up early is more likely to occur. I can move my alarm clock to the other side of the room so that I must get out of bed to turn it off. I can start going to bed earlier. I can reward myself with a fancy coffee each time I make it to Starbucks before 7:00 am. These are all examples of behavioral strategies, or environmental manipulations. Often times, behavioral interventions are what bring about faster, more consistent, and long lasting change.

Which brings us back to Watson. He stated that all behavior is controlled by environmental events. His new psychology was called “stimulus-response psychology.” He alleged that we should directly observe the relationship between environmental stimuli and the responses they cause. Basically, something happens, and we respond to it. Watson believed that behavior is caused by things that happen in the environment; not by our thoughts and feelings. His ideas and experiments were great contributions to the field of behaviorism and he is credited with eliminating subjectivity from psychology and placing it on par with the physical and biological sciences.

Later, B.F. Skinner- arguably the most famous behaviorist- further clarified the distinction between general psychology and behaviorism. He formally began the EAB in 1938 with his book, The Behavior of Organisms. Basically this book was a summary of Skinner’s laboratory research findings and an introduction to the two kinds of behavior that behaviorists study: respondent behavior and operant behavior.

Respondent behavior is basically a reflex or involuntary movement. For example, if I suddenly turn on a bright light, your pupils will constrict. Operant behavior, on the other hand is behavior this is influenced by the consequences that followed that behavior in the past. In other words, operant behavior is learned behavior as opposed to something that automatically occurs. ABA primarily focuses on operant behavior.

Watson’s psychology was an extremely simplified account of how things that happen in our environment bring about behavior, whereas Skinner expanded upon this idea and highlighted the importance of consequences. Skinner demonstrated through research that behavior doesn’t depend on antecedent stimuli (things that come before it) as much as it depends on the consequences that follow it. For example, a child may smell food (antecedent stimuli), and tug on mom’s clothing (behavior) and mom may offer her child a bite of whatever she is cooking (consequence). Skinner asserted that it is the consequence that determines whether or not the child will engage in that specific behavior (tugging on mom’s clothes) again in the future. If mom had just said, “Go play in your room” the child will most likely not use that same strategy to get food in the future. Therefore, tugging on mom is an example of operant behavior.

Prior to 1950, however, most research was done using animals. Skinner famously taught rats to press a lever in order to get food! ABA is the application to humans of everything Skinner and similar researchers have taught us about operant behavior. In one of the very first ABA experiments, researchers taught a severely mentally handicapped man to move his right arm by giving him a couple sips of a sweet drink every time he did so. Now this may seem not seem like a very important accomplishment- but in light of the fact that his caretakers had written him off, assuming he could never learn to do…well… anything, this is amazing! This was a person who could not speak, and laid in bed every day unable to do anything for himself. The implications are that, given enough time, he could have been taught to raise his hand in order to get help for all sorts of things. It was simple experiments like these that set the groundwork for teaching skills to individuals with disabilities and allowing them to reach their full potential- including very complex behaviors like language acquisition, driving a car, or holding down a job.

The early days of ABA (the 1950’s and 60’s), however, were not without controversy. It was a new science, and there was little funding and oversight. As a result, many early practitioners incorrectly applied techniques, and sadly, many practitioners relied heavily on punishment. Since then, the science has been refined; there are guidelines for the ethical treatment of clients receiving ABA therapy, reinforcement is preferred over punishment, practitioners of ABA are expected to complete rigorous coursework in ABA, and there is a national certification board.

This is a brief history of how ABA came about as a science. Stay tuned, as we will be explaining exactly how ABA works in the future as we continue our series on all things ABA.