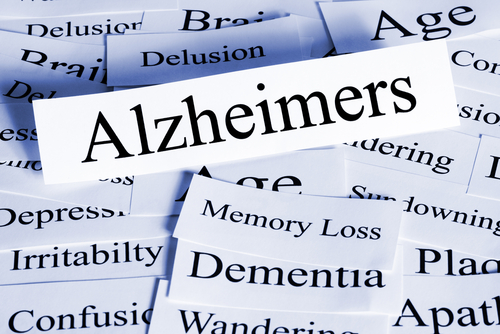 There are few ailments that get as much air time on the TV than Alzheimer’s disease.  And yet how many of us know what Alzheimer’s disease truly is?  We all know the story of the man walking away and now everyone is trying to find him.  We have seen the stories of people completely lost to their families due to Dementia. And let’s dispel the idea that Alzheimer’s disease is only a disease of old people, it has been diagnosed in people as young as 30-years-old.

Alzheimer’s disease is a dementia which does not allow for the normal function of memory and some structural deficits in the brain are found called plaques and tangles which interfere with the normal electron passage from one part of the brain to another.  This is all very nice when you are scientist and use these terms frequently, however, for us it really tells us little; and is so frightening to think of the lack of use of our brain.   Let me just explain Alzheimer’s disease as an instructor I had did.  Alzheimer’s disease (AD) is Dementia which interferes with all aspects of daily living.  And you cannot have Alzheimer’s without Dementia; however you can have dementia without having Alzheimer’s.  Sounds a bit like someone telling two different stories out of each side of their mouth.  Please read on as this is part of the reason there are so many questions even today about AD.

Here is how Dementia works.  AD is dementia caused by plaques and tangles within the brain.  Due to scientific progress and new medical equipment, we can now diagnosis AD from a series of tests.  However and here is the caveat, we can have Parkinson’s disease, Huntington’s Cholera, Aids, and other diseases which have dementia as one component of their make-up.  We can even have dementia that is cured quickly and none of these will be AD.  Parkinson’s, Huntington’s, Aids and Korsakoff‘ss are all diseases which have a component of dementia which is not curable but is not AD.  Dementia associated with dehydration, medication error and many eating disorders is curable, and for the most part, within short order.

AD is in most cases slowly progressive and (at least at this time) is not curable.  Although we can die from the disease itself, most of the time people succumb to pneumonia or renal failure.  The disease itself is usually active for five to seven years before it comes to the attention of a physician.  And should we use the Global Deterioration Scale (GDS) to measure the progression of the disease we can see why diagnosis is not made sooner. GDS is a scale for measuring dementia with a seven stage diagnostic tool.  Stage one is what you and I go through each day.  Have you ever walked out of the airport and thought now which level of this garage am I parked on and which row?  Certainly, I have or gone into the store and after talking to a friend and picking up a couple of things I need, ‘Now what was that other thing’? This happens to people all the time and is not AD.  Usually our lives are just so stressed with things to do that we are at that moment working in overload.

AD usually comes to the attention of all supports for the person when there is a crisis.  Many, many times spouses provide a cover for the person affected with AD, not even knowing they are doing so.  And in this situation of slow progression and living so closely together what may seem like ‘just aging’ is really a heart breaking disease.  Sometimes one or the other in the couple will become sick or a friend or child will visit very unexpectedly and it is clear there is something not quite right.  Sometimes it is a kitchen fire or a fall, which triggers providers to look more closely.  These examples, all small crisis which start the cracking of the bubble our friends, parents and loved ones maybe living in.

My instructor, who explained AD to me, also explained how our friend experiences the forgetting.  There is a timeline which is designated in 10’s(being years of age in life, 10-years-old and so on)  and our life moves forward making memories at 20yrs, 30yrs, 40yrs and so on.  Until a crisis, at this point we stop making memories and start steadly to erase the memories we have made during our life.

The instructor explained this is why the gentleman will see his daughter and think she is his wife.  Or why the AD patient will see a stranger in the bathroom mirror (they simply don’t recognize themselves).

People with AD are not usually able to deal with any kind of crisis.  The process of being in a situation (cooking and the grease catches fire) and knowing the quick or immediate answer to solve the situation (call 911 or put the lid on the pan) is too stressful because they know they have known the answer to the crisis but can’t find the answer at this immediate time.  www.GlobialDeteriorationScale.com  they are passed the point of being frightened, they are moving panic.

Current medications will only slow the process and at that only for a time.  Great strides are being made in research and tracing beginning of the disease, which might lead to a cure.  It does not appear there is an answer at this time, however new medical trials are being conducted continually, please check with your local chapter of the Alzheimer Association or go to www.alz.com   to learn more about the research being done.  Should you want to read the experience of one family, please read ‘Still Alice’, by Lisa Genova, well written and told with compassion.  Readers are allowed to see the progression from the view of all members of the family, of this highly educated woman.