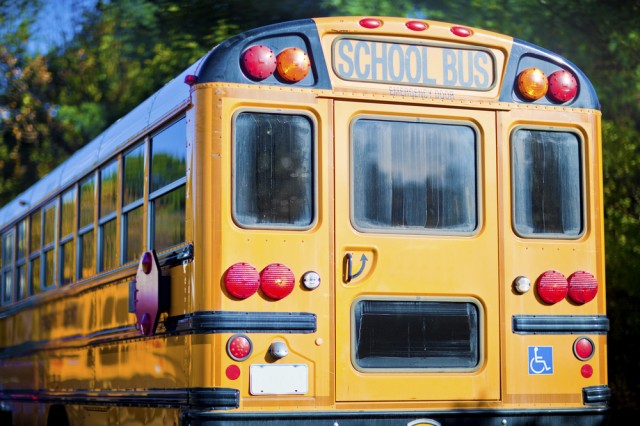 Recently I had the privilege of interviewing a parent who had to uproot her son from the classmates he has known for most of his life and help him adjust to a new school.  Alyssa’s story is encouraging and perhaps her strategy will help other parents of a child with Down Syndrome.

Hi Alyssa.  Thank you for taking time to talk with me and letting me know how things are going for Danny.  Could you please tell us a little about your family?

We have gone from a family of six to a family of three!  Our oldest three children are all in college and come home on extended weekends or school breaks.  Danny is 12 years old and just started middle school!  To give you a little bit of background on Danny, when he was 3 years old, his mother (my sister) asked if Todd and I would raise him.  Danny was born with Down Syndrome and as a single mom who frankly was dealing with a lot of issues, she felt that Danny would be happier living with us.  We discussed the opportunity over with our other children and they gladly embraced the idea.

I remember that Danny certainly loved his siblings and Kyle watched out for him on the bus.  Is he adjusting to being the only child at home?

Oh yes, probably more so than Todd and I are adjusting to having the other kids at college!  Day-to-day Danny has his activities that he loves, yet when his siblings come home, he is beyond thrilled!  The biggest adjustment has been our move.  After a lot of consideration, Todd took a different job and now we’re in a new state and a new school.

You’re right.  Danny has attended the same elementary school since kindergarten.  What did you do to prepare him for a new school?

I guess you would say I started out by preparing the school for Danny.  Once we knew we definitely were moving, about six months prior to Danny’s new school year, I contacted the Committee on Special Education (CSE) chairperson of the school he would be attending by phone.  As soon as I mentioned that Danny is a child with Down Syndrome, she quickly and enthusiastically informed me that the other two “downs” children in the district attend a wonderful program located just a half hour away in another district.

Oh my!  Danny has always been mainstreamed.  Do I dare ask how you responded?

I distinctly remember telling the CSE Chair, “Our son Danny may have Down Syndrome, BUT Down Syndrome does NOT have our son.”  I then went on to let her know that Todd and I would gladly meet with the CSE committee to let them know about Danny’s strengths and his needs.

When did you meet with the CSE committee and how did it go?

A meeting was held early summer and it actually went very well.  Thanks to the experience that we’ve had at Danny’s previous school we understood the purpose of the CSE and that we were members of the committee, just like all the others around the table.  Todd actually had put together a powerpoint presentation to “introduce” Danny to the committee.  We included slides of Danny in art class and of course phys. ed. class.  We told the committee that we were excited to work with them in meeting Danny’s needs.  Lots of questions were asked and an educational plan was developed.

Danny’s been in school for about two months, how are things going?

Todd and I are very pleased with Danny’s program and more importantly, Danny is loving school.  He is in the home district and from my knowledge, the first child with Down Syndrome to be taught in the home district.  Danny is in a self-contained class for his academics, but in the general population for art, phys. ed. and English on Fridays.  Danny loves acting, and on Fridays, one of the classes does plays and such.  Danny might only have one line, but he thinks he’s the main character of every play!

How is Danny doing socially?

Socially Danny is doing really well.  On the first day of school, Todd and I actually attended a special assembly for the sixth graders.  The assembly was mainly a pep talk for the students to embrace middle school, do their work, etc.  Midway through the assembly, the principal introduced us and we shared a little about Danny.  We presented information in such a way so that the kids would think it to be cool to be friends with him.  He is being accepted by his peers and just last week was invited to a birthday party!  In addition, a ninth grader greets Danny when he gets off the bus, makes sure he can open his locker, get to homeroom and then they eat lunch together.  Danny thinks the student hangs out with him because he’s cool.

That sounds like Danny!  Based on your experience, what advice would you like to give to other parents of children with Down Syndrome?

Partner with the school, especially the CSE Committee.  When I think back to the CSE Chair’s first comment to me regarding “downs” children, part of me wanted to explode and look for a different school.  Yet, part of me also realized that maybe I needed to present a child with Down Syndrome in a whole different light to that chairperson.  Remember that you are part of the planning time, so don’t be afraid to share your ideas or to suggest ways in which mainstreaming might work.  Lastly, stay in good communication.  Danny’s special education teacher likes using email and that works for me.  Oh, and always attend all meetings held on your son or daughter.

Thank you Alyssa for sharing about Danny and especially the steps that you and Todd took to help his adjustment to a new school go well.  Who knows, maybe someday we’ll see Danny in a movie!