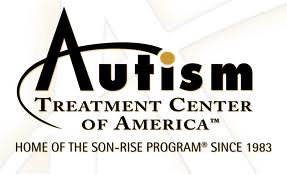 Raun Kaufman and The Autism Treatment Center of America

If you’ve never heard of The Autism Treatment Center of America, trust me, it’s not what you’d expect. When I spoke with Raun Kaufman, it was clear that their approach to treating Autism is clearly unique. Raun is the Director of Global Education and former CEO. More importantly, he is also their first success story.

The Autism Treatment Center has developed a unique program called the Son-Rise Program that teaches parents and professionals how to work with and help their children. Their programs are based on the idea that when those with Autism show us the way in, then we can show them the way out.

Their perspective is that Autism not a behavioral disorder but a social-relational disorder. Rather than forcing these children to conform to a world they don’t yet understand, they seek to join them in their world first. Focusing on relationship creation and building, children become more interested and more connected, opening the door to learning and growth. Facilitators teach parents to use games based on a child’s own interests in order to stretch their communication and social abilities.

Raun also explained how they use The Motivation Principle. Instead of asking a child to do something to get a reward, each activity starts with something they are already interested in and then the educational challenge is added. It is a more collaborative and cooperative approach than adversarial.

It Started With Raun

Perhaps the most well known success story is Raun, himself. Between the ages of 18 months and 2 &frac12; years he was diagnosed as severely Autistic. He had no language and Doctors said his IQ was less than 30. He would spend hours in his own world and stimming: hand flapping, rocking, and spinning plates.

Barry and Samahria Kaufman, were told their son’s Autism was severe and permanent and that at some point they would need to institutionalize him. But the Kaufmans weren’t convinced. Using techniques that would grow into the Son-Rise Program, they worked with Raun until he was 5 and no longer Autistic.

When I asked Raun if he would be willing to speak with me, I wasn’t sure what to expect. I had read about him 17 years ago when my son was diagnosed with Autism. I heard he was “recovered” but I was still skeptical. But it was amazing to speak with him. I kept listening for his Autism and it just wasn’t there.

Raun said he doesn’t have much memory of what it was like to be Autistic but he does have the impression of looking at the world as though he was looking through the wrong end of a pair of binoculars. He also said he never felt like he had special needs or was in “some program”; he just felt like his Mom loved him and was playing with him.

Not a bad outcome for playtime.