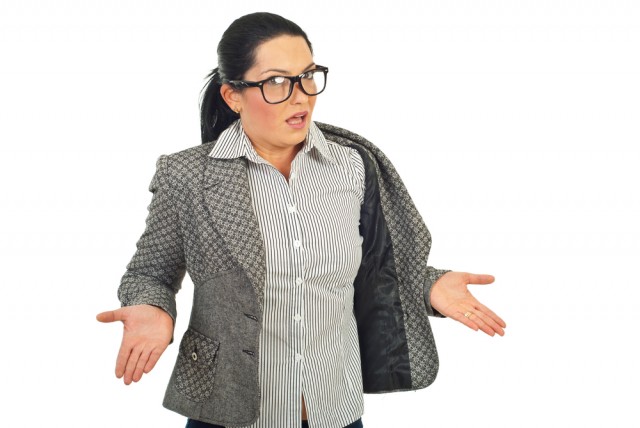 Applied Behavior Analysis (ABA) has been used to treat some very serious behavior problems, from aggression, to property destruction, to feeding issues, to bizarre behaviors that the child seems to have no control over. These behaviors can have detrimental effects on the child’s development and socialization; not to mention the emotional and physiological stress placed on family, teachers and caregivers.

Children engage in challenging behaviors because they “work” for them. ABA has identified four functions of behavior, or four main reasons why a child would engage in an undesirable behavior: attention, access to an item or activity, escape from a non-preferred task, or self-stimulatory. (Self-stimulatory behaviors are behaviors that a person engages in that causes or alleviates some kind of internal sensation. An example would be scratching your arm because it is itching, or jumping simply because you like the physical sensation jumping produces.)

When it comes to serious disruptive behavior, it is crucial to first figure out why the child is exhibiting the behavior before attempting to intervene. Not doing so may only make things worse! After a functional assessment is conducted to determine the reason for the behavior, intervention can begin.

The following are brief case summaries of successful ABA interventions used with children exhibiting extremely disruptive behavior. These are based on my own experience working as an ABA practitioner. The names, and any other identifying information, of course, have been changed.

When given directions or asked to complete tasks, Michelle would refuse. If staff attempted to follow through, she would hit, kick, bite, and throw things. So eventually, staff stopped making demands of her. It was too much of a hassle. By the time I was asked to come in and provide ABA consultation, staff was accustomed to Michelle hiding under her desk all day long at school!

A functional assessment was completed, and it was determined that Michelle was using aggression to escape from unwanted tasks. The first thing we did was to teach her to request a break from tasks by saying, “Break please!” And we would give her a break. Every time. When she was no longer acting out and using her words 90% of the time, we increased the criteria for a break. We began requiring her to complete a certain amount of work before earning a break.

Michelle’s ABA program included many other interventions. To summarize, her ABA program included functional communication training (e.g. “Break please!”), extinction (no longer letting her get out of work if she engaged in inappropriate behavior), heavy reinforcement for appropriate behavior, and task modification (initially starting with very easy tasks, and working our way up to more difficult tasks).

Michelle went from being the student that everyone wanted kicked out of school, to someone who was praised for how smart, funny, and polite she was. ABA, including parent and staff involvement, was crucial to her success as a student.

Sandra would only eat 5 different foods. Chicken nuggets, french fries, slices of bread, and apple slices- with the skin peeled, of course. Not only was it time-consuming for her mom to have to have to buy or prepare separate meals all the time, but Sandra’s health was also being affected by her poor diet.

Sandra’s food refusal was motivated by escape. Her ABA program included techniques to desensitize her to various food smells and textures, and tons of reinforcement for trying new foods. (Due to the potential side effects, the child was never forced to eat something.) A list was created with the parent and child of new foods to “master” and one by one, Sandra added new foods to her repertoire.

Feeding disorders are among the most difficult of behaviors to treat- often a lengthy process filled with many setbacks. Please do not treat severe feeding issues without the help of a professional.

Mark had a very interesting behavior. Whenever staff would place materials on his desk, or whenever he would walk by a desk with lots of stuff on it he would, with one sweep of his arm, push everything off of the desk and watch as it all came crashing to the ground. He would also knock cups filled with liquid out of the hands of unsuspecting people who crossed his path. Other students’ lunch, items on display in the library, markers, books, tape, teachers’ Starbucks coffee- you name it, he had knocked it down. Staff had no clue as to why Mark engaged in this behavior. He had been doing it for years. So I was called in to see what was going on.

Interviews and observations were not enough to determine the cause of this behavior. So a formal functional analysis was done. This is when a behavior analyst literally sets up a controlled experiment to pinpoint the variables responsible for a behavior. It was determined that Mark was “swiping” for attention in certain situations and to gain access to preferred items/activities in other situations.

When he swiped, staff would make a big deal out of it. This gave him the attention he craved. Also, sometimes they would allow him to go outside for a break to “release his energy.” He loved being outside. Also, at times, staff would sing to him to calm him down. He really enjoyed music and would hum and sway back and forth whenever music was played or sung.

His ABA program addressed functional communication through a picture system (he was unable to talk or sign due to medical and physical issues). Guess what he was taught to ask for first? Outside and music. His two favorite things. Once he realized he could ask for these things at any time, and that they would come naturally after task completion, his swiping decreased. Also, he was given lots and lots of positive attention whenever he was not swiping. And when he did knock items to the ground, it was completely ignored to the best of staff’s ability. These two interventions alone lead to a huge reduction in the occurrence of swiping.

ABA is an amazing tool. When done correctly, ABA can be used to teach positive behavior and bring hope to individuals and families whose lives have been turned upside down by disruptive behavior.