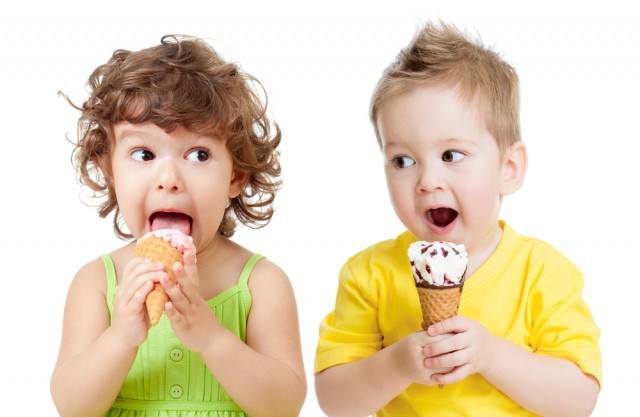 By now you probably recognize that positive reinforcement is the backbone of every successful ABA program. It seems so simple too! It’s all about rewarding positive behavior, right?

However, in practice, the concept of reinforcement can be complicated because there are so many factors at play. What is the best way to reinforce my child? What do you do when a toy or activity loses its charm? There are so many things I want my child to learn to do… which skills and behaviors do I reinforce? I have successfully gotten my child to dress himself in order to earn his favorite snack- but how long do I have to keep rewarding him with food?

Many parents, teachers, and therapists get stuck on similar questions such as these, so here are some guidelines to help you use reinforcement effectively:

A huge and very common mistake is to set the criteria for reinforcement too high. A caregiver will have a goal in mind but will fail to break it down into easily achievable milestones. As a result the child will get discouraged and stop trying. So the number one guideline is to set small goals (initially) so that the child can quickly see what it feels like to earn something as a result of good behavior or skill acquisition. So, if your goal is for your child to complete his math homework independently, a good first goal would be for him to do just one problem by himself, and then you would reinforce him for that.

Reinforcement should be Sufficient to Motivate the Child

For some reason, we think that children should do what we asked simply because we told them to. And, when we confess that tangible reinforcement is really needed, we give the child what we think he should want. Wrong! Hopefully in time, your child will have intrinsic motivation and do the right thing simply because it is the right thing to do, but for now, you need to give them some extrinsic motivation. When choosing reinforcement, pick something that you know motivates your child. It can be anything! But it must be something that motivates your child. Some kids will behave all day at school for a sticker that says good job. And some kids need to play a video game as a reward for doing something seemingly simple, like brushing their teeth. Our job is to figure out what is needed to reinforce desired behavior. And if it’s not working, change it.

Use a Variety of Reinforcers

Ice cream may work like a charm to get your child to eat his peas, but even ice cream will become boring after a while. Not to mention unhealthy! Mix things up and use different reinforcers for the same target behavior. Also, an item becomes much more reinforcing when it’s not always available.

In the beginning of an ABA program, it may be necessary to reinforce every little thing your child does… each time he does it! Say your child has a goal of learning to name his body parts. Each time you say, “What’s this?” and he says, “Nose!” you will need to reinforce him. Maybe with access to a toy, or with tickling; maybe with a gummy bear. But over time, you need to fade this reinforcement. You can start by reinforcing every other response, then every few responses, and so on. This step is important because in the “real world,” your child will not get a reward for every correct response, and real-world reinforcement is often delayed. It is also important to fade the use of grandiose reinforcers to smaller things when possible, or to require more work to get the grand prize.

Use Natural Reinforcement When possible

Did you know that if you pair something awesome with something neutral often enough that the neutral thing can become reinforcing too? We want to help our children become more social, but one thing that sets children with autism apart from other kids is that often, they do not enjoy social interaction or social praise as much as other kids do. Where a simple, “Great job!” might serve as a reinforcer for a typical child, for a child with autism this may not be very meaningful. Aside from the social implications of this issue, it’s impossible to arbitrarily reinforce your child each time they do something right. We can help our kids learn to be motivated by social praise by pairing it with an arbitrary reinforcer. Sure, you might have to give Suzie a gummy bear for sitting nicely during story time, but make sure you also tell her how proud you are of her! Over time, social praise should work by itself to motivate your child to do many things.